It has been almost 28 years since Ralph Rubio opened his first restaurant in Mission Bay. He remembers the early days well, and fondly. From the time he spent sleeping in the back of the restaurant trying to rest before the next crush of customers, to the day the building almost burned down, he never forgets his beginnings.

How Rubio’s (now known as Rubio’s Fresh Mexican Grill) came to be is a true success story. During his college years at San Diego State, Ralph Rubio liked to travel to Mexico surfing. On one trip to San Felipe, it dawned on Rubio that the fish tacos he and his friends were dining on would be very well received in San Diego so he asked the operator of the taco stand for the recipe.

Rubio, who was born in New Jersey and grew up near Los Angeles, kept the recipe with him for ten years. During that time, he worked in local restaurants learning all he could. In 1983, Rubio’s father loaned Rubio money to open the first restaurant. The rest, as they say, is gastronomic history.

GB had the pleasure of speaking with Ralph Rubio at the chain’s newest location on Fay Avenue in downtown La Jolla.

RR: Thank you. Being a resident of La Jolla, this is huge for me to have a store in my backyard.

GB: What do you think is the secret to Rubio’s success?

RR: Anything on the menu is going to be extraordinarily flavorful. Rubio’s is about freshness. Our food tastes fresh, it looks fresh, it is fresh. We make our food from scratch, and you can taste the difference.

GB: Rubio’s focuses on social responsibility. Was that something you wanted to be part of the business from day one?

RR: Absolutely. I was raised in a big Catholic family. I am the oldest of five. My faith has always been important to me. I’ve always lived by the golden rule. It’s a respect and a love towards others. Children’s causes are particularly important to us. Mexico has also been a priority for us, so we want to give back. We have sponsored Esperanza, an organization out of Solana Beach does a lot of work building homes and providing medical services in Tijuana. Recently, Rubio’s has been involved with the Susan B. Komen Race for the Cure.

GB: Can you tell me a bit about how Rubio’s is working to protect the environment?

RR: We have worked with the Surf Rider Foundation, Monterey Bay Aquarium, and I Love a Clean Ocean. We do a lot with ocean causes because we are so much into seafood. We realize that keeping the environment and the oceans clean is going to help promote the resources we rely on.

GB: What are some of your favorite things to do in San Diego?

RR: Balboa Park is amazing. Every time we go there I say, “Why don’t we come here more?”

I love going up to the mountains, like Julian; driving up there with the kids and getting an apple pie; to the beach, and to the theater-like the Old Globe, or the La Jolla Playhouse.

I am an Aztec, so I like going to Aztec football and basketball. I am a big soccer fan, so I also like to support San Diego State soccer. 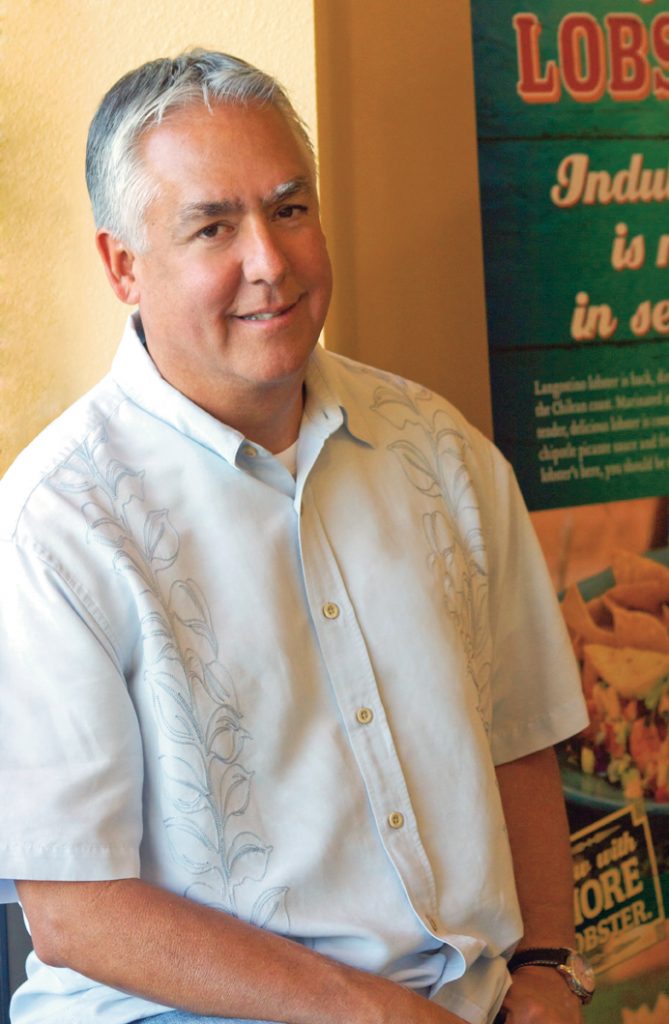