In 1936 Judge Jacob Weinberger united 2,000 Jews, three synagogues and several agencies in San Diego to form the United Jewish Fund (UJF) from the existing Federated Jewish Charities. The goal of the United Jewish Fund was to be on the frontlines helping Jews overseas, especially those affected by the start of the Holocaust. When the war ended and Israel was founded, UJF shifted its assistance to the formation and settlement of Israel.

In 1947, UJF suggested that all San Diego agencies merge into the United Jewish Federation, a name it held until 2010. Federation formed the heart of the merged agency, accepting new beneficiaries and taking the responsibility of funding the growing community.

Federation has since assisted in all major rescues of Jews around the world, including those in the former Soviet Union, Ethiopia, Yemen, and other Arab countries. Federation also has a rich history of helping in areas devastated by natural disaster, where Jewish populations are either small or non-existent, such as during the aftermath of Hurricane Katrina and the earthquake in Haiti in 2010.

San Diego is now home to over 100,000 Jewish residents, dozens of synagogues and numerous agencies all working to improve the lives of Jews in San Diego, in Israel, and around the world. As the population continues to grow, Federation has accepted the challenge of addressing the developing needs of the community.

In 2013 Federation announced it was changing from an umbrella organization, which primarily helped fund beneficiaries throughout the community, to a direct support and mission-based organization that reaches out into the community through its own initiatives, serving the community from within rather from above.

Federation’s local and international initiatives strive to touch all Jewish lives. One program, Shalom San Diego, connects interfaith and unengaged families with resources, including Shalom Baby and PJ Library. Teen and young adult outreach initiatives engage the younger generations with living Jewishly and learning about philanthropy. Another important program works to keep Jewish seniors safe and cared for in their homes. 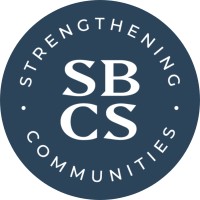