A publicly supported organization, the Women’s Foundation of California has been identifying and investing in courageous, innovative women leaders and grassroots organizations for the past 33 years. The goal? A California in which all people and communities, in every region of the state, are economically secure. How do they do it? By partnering with donors, awarding grants to women’s organizations, training grassroots women leaders in public policy, and facilitating collaboration between all members of the Foundation’s network.

Consider Susan Burton. After her son died in a tragic accident, she lost her way. She became addicted to drugs and lost her home. She turned to petty crime and ended up spending most of the next 20 years in prison. However, in 2010 Susan was recognized as one of CNN’s Top 2010 Heroes. How did she do it? She decided to stop the vicious cycle and take control of her life. When she got out of prison, she started an organization, A New Way of Life Reentry Project in Los Angeles, which provides sober housing and support to formerly incarcerated women. Since 1998, Susan has helped transform the lives of more than 600 women and children.

Consider Lateefah Simon. Raised in the projects, she dropped out of high school so that she could earn money and help support her family. Her future did not look bright. However, in 2009, Lateefah won the McArthur Genius grant – one of the youngest women ever to receive this honor. How did she do it? At 19, she became an executive director of an organization, Center for Young Women’s Development, which delivers peer-to-peer education and support to young, at-risk women who have been homeless, incarcerated or victims of violence. To date, CYWD has helped hundreds of young women in the San Francisco Bay Area.

Consider the Women’s Policy Institute (WPI). Too often, the perspectives and solutions of women like Susan Burton and Lateefah Simon are absent from public policy making. Yet, the exclusion of low-income women from the legislative process undermines the economic security and health of their communities. The Foundation launched WPI to train women leaders in policy advocacy. More than 250 fellows from every part of California have graduated from the program and achieved passage of 14 bills into law. How did they do it? By learning how to write legislation, testify at public hearings, influence the state budget process and work with the opposition. They develop relationships with policy makers, government and agency staff members. The laws that fellows have helped pass enhance the safety of cosmetics, address violence in the workplace and expand protections for victims of trafficking.

Over the past 33 years, the Women’s Foundation of California has raised and invested more than $37 million in women. In California, women make 84 cents for every dollar earned by men. African-American women earn only 68 cents and Latinas only 59 cents. Women fill just 28 percent of the seats in California’s State Legislature, and comprise only 3.3 percent of the CEO role in California’s 400 largest companies.

However discouraging the data may be, the team at the Foundation refuse to be daunted. They know that change does not happen overnight and they count perseverance among their greatest virtues.

It is because of passionate donors such as Southwest Airlines that the Foundation has been able to make investments that help women come together, teach and learn from one another, forge unlikely alliances and create a stronger California. Together they will create a California where all have the opportunity to thrive. 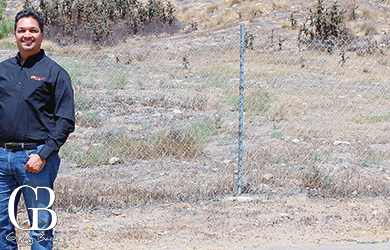 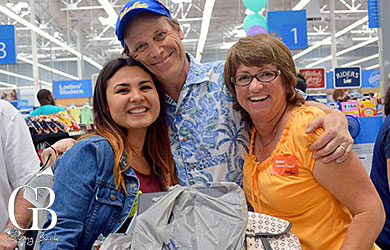