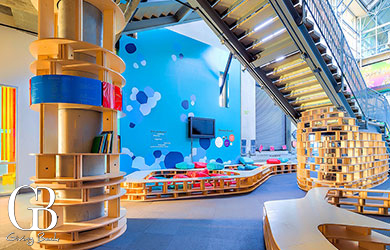 California is known around the world as the home of Hollywood, surfers, incredible natural beauty and great discoveries that have changed the world – from the Gold Rush to the products of Silicon Valley. But what will we find when we “dig deeper” behind the image of California’s beaches, Hollywood, Golden Gate Bridge and mountains? This is one of the many questions asked by Eureka!, The New Children’s Museum’s latest in a series of art exhibitions that encourage children and families to think, play and create.

Since 2008, San Diego’s most unique museum has built a national reputation for its pioneering model: commissioning contemporary artists to create engaging artworks for children and families. This one-of-a-kind approach has inspired exhibitions that are both immensely playful – imagine a giant kitchen sink that transforms kids to the size of a green bean – as well as incredibly thoughtful, offering a fascinating lens on important issues. Two years ago, the Museum took on food and healthy eating with Feast: The Art of Playing with your Food. With Eureka!, opening October 17, the Museum turns the spotlight on the Golden State through the imaginative work of five artist groups.

“California is a changing state and it is essential that we understand it in order to move forward,” Megan Dickerson, Manager of Exhibition Development tells Giving Back Magazine. “And the best way to better understand an idea is to do what kids do best: play.”

So what can visitors expect from an exhibition promising to be playful and thoughtful? Expect surprises, and even – dare we say it? – a good supply of gold.

The exhibition opens with a monumental gold balloon, shaped from delicate tissue paper by the people of Tijuana and San Diego under the leadership of the artistic group, Collective Magpie. The project asks a provocative question: What if we thought of California as not one state, but rather two states: Alta California (in the United States) and Baja California (in Mexico)?

Speaking of people, California has lots of them – over 36 million who make a home in the state. Alison Pebworth’s Reconnecting to Home is a 40-foot, climbable tower that tells a visual story about a century of California homes and dwellings. Learn about Miwok redwood houses or Gold Rush-era saloons. Then climb to the top of the tower to get a view of the Museum that rivals the tallest redwood, and then send a message down to a friend using a custom-made pulley system.

“I am fascinated by Californian’s ability to create homes out of the materials at hand,” says Pebworth. “Anything can become a refuge material.”

And what would California be without its cars and its creativity? Artist Nick Rodrigues has taken two of California’s great obsessions – our cars and our legendary music – and put them together with Car-a-oke, a professional level karaoke booth housed in a sculpture of a classic California car. Visitors can sing a variety of songs that come on the “radio,” or project themselves into the karaoke video. Next door, experience the highways and byways of California with miniature vehicles hand-carved by artist Roman De Salvo in Desert Derby: a curving landscape of reservoirs and roads, forging connections between California’s interconnected waterways and freeways. What if Californians knew our waterways as intimately as we know our freeways?

Finally, no exhibition about California would be complete without a visit to the beach. In the new Sandbox Gallery, experience video work by emerging artists, projected directly on to a giant sandbox. Dig deeper – literally this time – and discover hidden treasure. 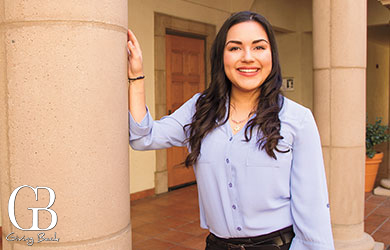 Making the Most of the Comité México Scholarship