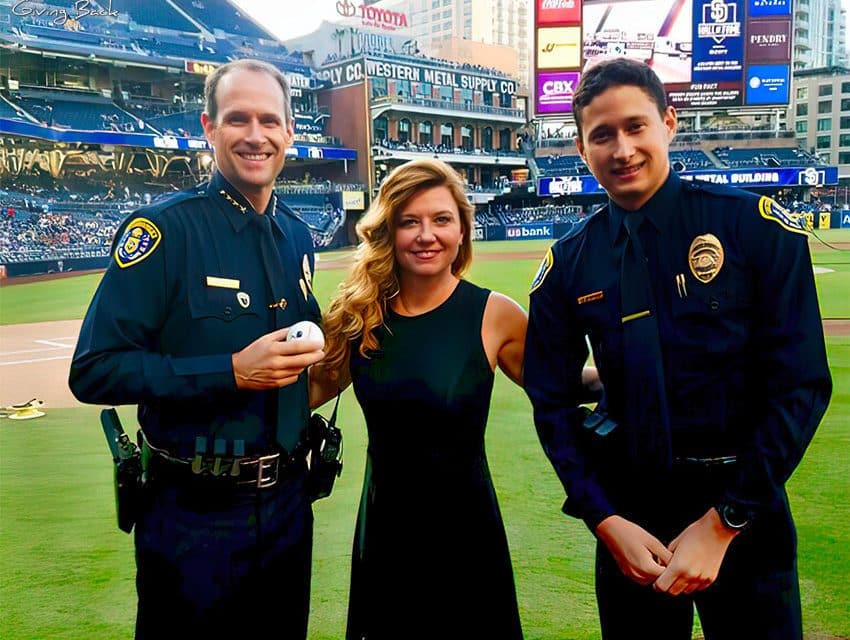 “The true meaning of life is to plant trees, under whose shade you do not expect to sit.”

The goal of the San Diego Police Foundation is to create a safer San Diego by funding crucial equipment, specialized training and outreach programs. There is a gap in police funding between what the City budget can provide and what is actually needed. As a Board Member of the Police Council, Emily Rex helps to fill this gap which is literally lifesaving. 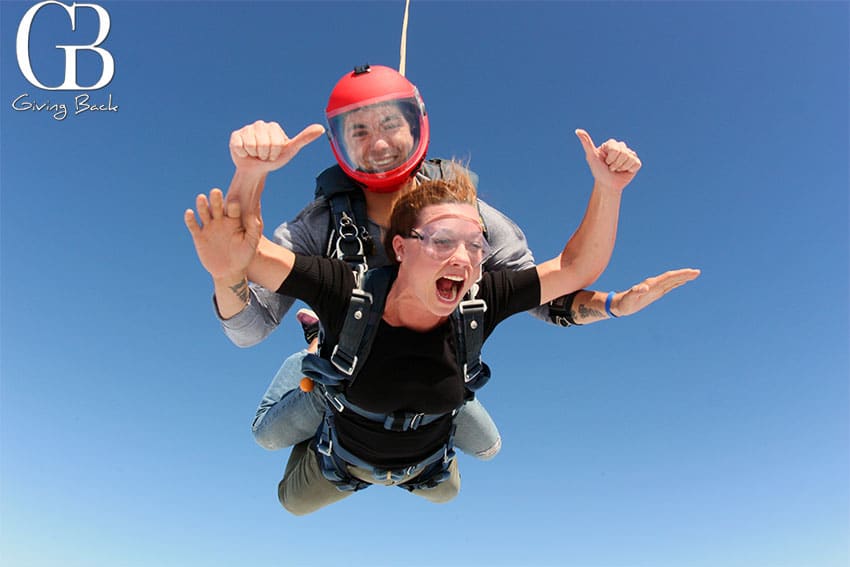 #1 I am an Army brat. We lived in Germany, Okinawa, Massachusetts, New York, Florida, Arizona and Virginia.

#2 I have two sentimental items. One is my father’s West Point ring and the other is my Girl Scout sash adorned with dozens of badges that my father sewed on for me.

#3 Hiking Machu Picchu was jaw-dropping and a safari in Africa will have a special place in my heart forever.

#4 My favorite travel destination would not entirely include ‘traveling’ because I once lived in our nation’s capitol, Washington DC. 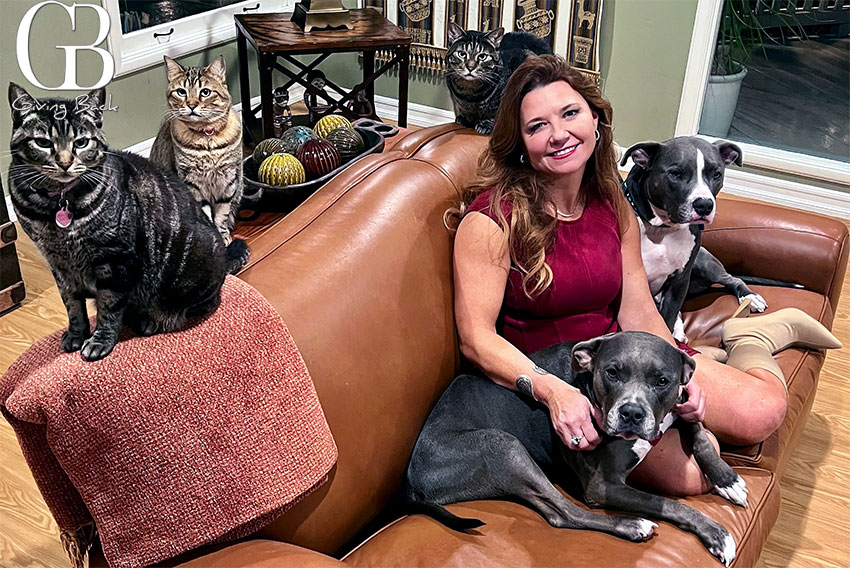 #6 I have a mini zoo of rescue animals. Grey and Goose are my blue nose pitbulls. Cat (homage to the feline in “Breakfast at Tiffany’s”) was a pregnant stray who walked into our home and had 7 kittens. We kept her and two of the kitties. We also have two African Leopard tortoises.

#7 Our firm, Departure, was hired to rebrand the Police Foundation. I was immediately drawn to the mission. Our tagline, “Every Dime Fights Crime” encourages San Diegans to support those men and women in blue who make our neighborhoods safe, who uphold our laws, who protect our future, and who do the tough work to save lives.

#8 A woman told 911 operators that her partner had threatened to shoot her. The suspect had already fled when Ace, a Police Canine, funded by Barbie and Dan Spinazzola through the San Diego Police Foundation, arrived. A backpack with ammunition in it was found but no gun. Ace quickly used his superpowers of smell to find the firearm and key evidence on the roof. Thanks to Officer Jason Langley and police service dog Ace, the suspect was later arrested.

#9 In honor of the San Diego Police Foundation’s 25th Anniversary, we are calling upon San Diegans to each donate $25.

#10 A strong police department and a strong community go hand in hand. Your donation will help us ensure that those who protect and serve San Diego have what they need to do their job. 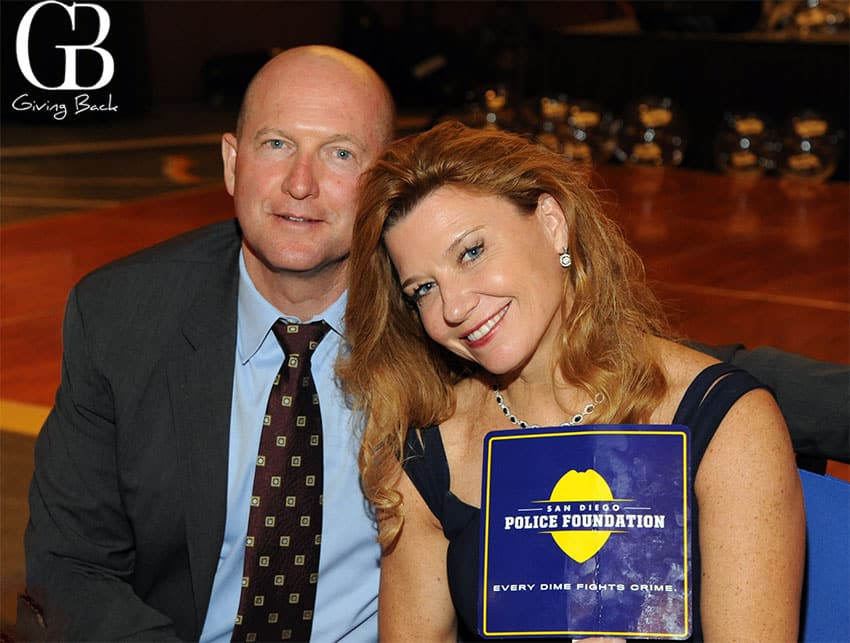 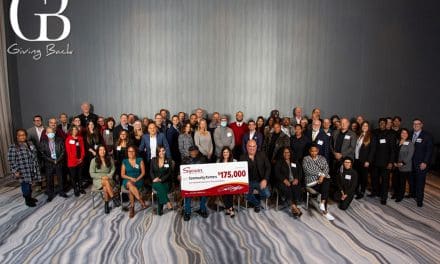 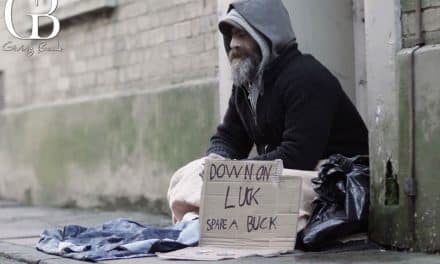 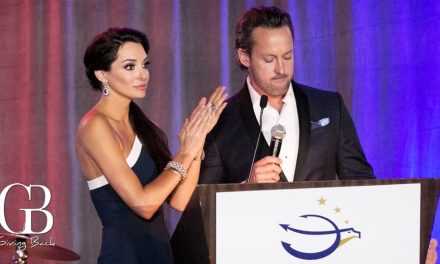 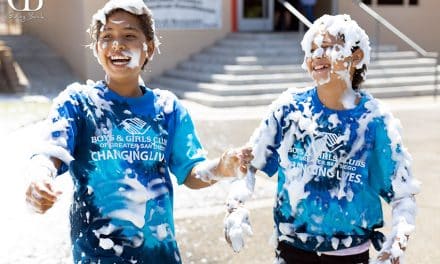